The Value of Advice 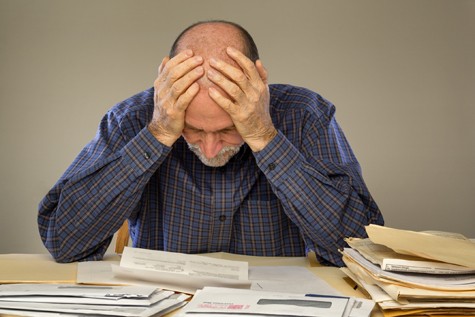 A recent study by Fidelity International, titled The Value of Advice, proves once again that issues related to financial stress adversely affects the health and overall wellbeing of many Australians. It also showed that few do much about it and this lack of action is regardless of their financial situation. For example, the study found that more than 65 per cent of Australians worry about money at least monthly and this includes a significant number of respondents with at least A$1 million of investable assets.

Fidelity International’s Australian managing director, Alva Devoy, considers it surprising that “many people don’t ‘join the dots’ and realise that addressing financial issues is a step towards improving overall wellbeing”.

Despite studies of this ilk there is still a disconnect in the public’s mind between financial wellbeing and overall wellbeing. A disconnect that prevents many from addressing issues related to their finances when such help is readily available.

“More than three-quarters (77.3%) of Australians have seen their GP to address personal wellbeing issues, and more than a third (35 per cent) have been to see a mental health professional for the same reason,” the report said.

However, only 24.4% indicated they had seen a financial planner to address financial worries even though financial stress is something that relates to a whole lifetime. Of these 24.4%, 49.9% say their mental health has benefited; 37.8% say their family life has improved; and 18.1% say their health has improved.

An added irony. Past PlannerWeb articles, based on research from Vanguard Investments, has shown that the overall improvement in a person’s financial position can be around 3% from professional financial help. The irony being that this is arguably enough to pay for the financial service itself as well as helping improve a client’s overall wellbeing.

For many it is time to look beyond the surface of financial planning and get professional assistance with building your financial future.